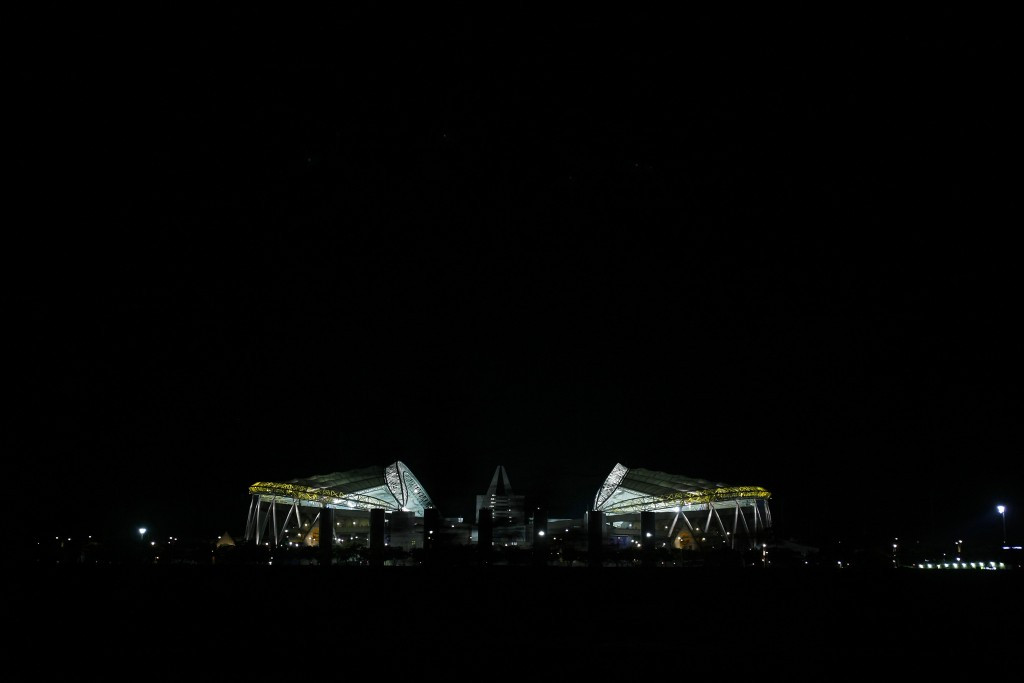 The Sunday Times today reported that a study conducted among 1,800 competitors at the 2011 World Athletics Championships in Daegu indicated that 29 to 34 per cent had violated anti-doping rules in the previous 12 months, and added that the International Association of Athletics Federations (IAAF) had sought to block its publication.

The IAAF has responded that the story was "not a new one", and denies vetoing its publication.

The Sunday Times report claims that a month after collecting the information, the researchers - many of whom were based at the University of Tubingen in Germany - were told to sign a confidentiality agreement to prevent them speaking out about the admissions.

The German university's study was reportedly financed with £50,000 ($78,000/€70,000) from the World Anti-Doping Agency (WADA) to find out the extent of the use of performance enhancing drugs and methods in athletics.

It was put together by 10 academics, including two from British universities.

In a statement to the newspaper, the university said: "The study is an independently initiated scientific research project and was not commissioned by the IAAF.

"The IAAF's delaying publication for so long without good reason is a serious encroachment on the freedom of publication."

The world governing body responded: "Discussions are ongoing with the research team and WADA regarding publication of the study."

Some of the study's headline figures did appear in the New York Times two years ago but the IAAF has prevented publication of the study, according to the Sunday Times.

Lead author, Dr Rolf Ulrich from the University of Tubingen, told the Sunday Times he and his fellow experts had been barred from discussing their work.

Asked why the study had never been published, he replied: "It's because the IAAF is blocking it.

"I think they are stakeholders with WADA and they just blocked the whole thing."

A WADA spokesman said: "WADA sought the agreement of the IAAF to carry out the project at the Daegu World Championships in 2011.

"Their consent was given so that researchers had access to athletes at the event, and was conditional upon any publication first being approved by the IAAF.

"The IAAF has not approved the publication of the project."

In its response today, the IAAF said: "This is not a new story, having first been raised on German TV in 2013, and those concerns were addressed by the IAAF at the time.

"The study in question was a social science based survey conducted by WADA and a team of researchers at the Athletes’ Village in Daegu.

"The purpose of the study was to assess the reliability of potential new methods of evaluating the prevalence of doping in sport using more of a social science approach (randomised-response survey).

"The survey was intended to be extended to multi-sport events and no publication was ever evoked.

"In fact, the survey was only ever repeated once, with a revised methodology, at the Pan-Arabic Games where mainly athletes were interviewed.

"The IAAF was therefore surprised when it was informed in early 2013 that an article had already been submitted by the research team for publication in a scientific journal without the IAAF’s knowledge.

"The IAAF understands that the article was rejected for publication.

"The IAAF has never vetoed publication of this article.

"The IAAF is extremely surprised to see WADA quoted on Friday (August 14) as saying that the IAAF has a right of veto (if the quote used by the Sunday Times is in fact accurate. The quote in the article attributed from yesterday to the IAAF was never made).

"The IAAF does however have serious reservations as to the interpretation of the results made by the research group as confirmed by high-profile experts in social science who reviewed the publication on our request.

"The IAAF submitted those concerns to the research group but has never heard back from them.

"The IAAF understands that the article in question was submitted for publication but it was rejected.

"The IAAF is surprised that any professional team of social science researchers should choose consistently to leak research material through the media before it is published.

"The IAAF is continuing the prevalence study started in 2011 based on reliable, analytical results derived from the Athlete Biological Passport programme.

"It is a priority for us and we aim at finalising an article for scientific publication, in coordination with WADA."