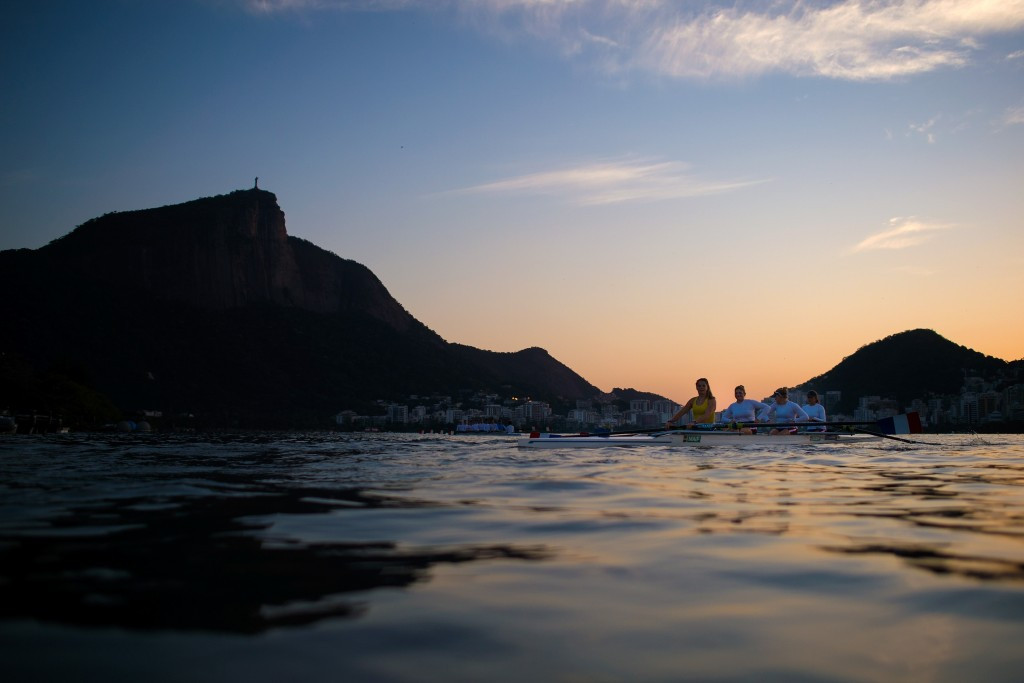 Officials have warned, however, it would be "easy but irresponsible" to immediately assume a link with high levels of water pollution on the Lagoa Rodrigo de Freitas.

USRowing chief executive Glenn Merry has confirmed to insidethegames how four coaches and 11 athletes fell ill during the regatta, which doubled as a Rio 2016 test event.

They reportedly all suffered from gastrointestinal symptons, with a full review and evaluation as to why this happened to be conducted.

High pollution levels on the Lagoa, the Guanabara Bay sailing venue and on Copacabana Bay where triathlon and open water swimming will take place during Rio 2016 have generated huge attention in recent weeks, particularly after an Associated Press investigation reported major risks of athlete contracting viruses from the water.

Brazilian organisers have fought hard to play down these concerns.

International Olympic Committee (IOC) President Thomas Bach also claimed during a visit here last week that conditions will be safe for athletes during the Games, although news of the latest illnesses will only raise safety fears.

Merry refused to presume a link between the illness and the water, claiming it is common for athletes to be hit by illnesses at major regattas, with six members of the senior US team having recently been struck down in Italy.

He revealed one of those taken ill this time was a coach who did not row on the lake, whose contact with the course water would have been specific to handling equipment that had been on the water.

Another team member had unwittingly consumed sea water after capsizing during a race, but had not shown any symptons of illness, Murray revealed.

"It would be easy but irresponsible for us to immediately assume that the rowing course is the main or sole point of exposure that caused the illnesses," Murray told insidethegames.

Another member of the US team - which still managed a record World Junior haul of five medals - did blame the lake, however.

Although admitting how they are "not really sure" as to the cause, team physician Kathryn Ackerman told Associated Press: "My personal feeling is, I think it's from the lake".

International Rowing Federation executive director Matt Smith told insidethegames how they were "aware of some gastro cases that hit rowers and team staff in the first few days here, but they were only one dayers."

He added: "As we had nearly 200 boats on the water twice a day, we are really relieved that basically none of the gastro cases can be tied to only rowers as all situations included coaches or staff.

"Actually, we had only two official medical substitutions over these four days which is incredibly low."

IOC medical director Richard Budgett also interviewed team doctors in order to "generally get comfortable with all issues" following the completion of the event, he said.

The International Triathlon Union, meanwhie, have claimed how no athlete has been sick from the water following a test event in the waters of Copacabana earlier this month.

"We are monitoring all athletes through our NFs (National Federations) and up to today no athlete has being ill, according to our best knowledge," the body's director general Antonio Arimany told insidethegames.

"From our side, the test event was a great success and we are looking forward to see the Olympic and Paralympic triathlon in the emblematic venue of Copacabana beach in 2016."

But USA Triathlon has told insidethegames how, of the 27 American athletes who competed in the test event, one Para-triathlete was treated for flu-like symptoms in the week following the event.

The athlete has recovered and has a long-term plan of competing in Rio next year for the Paralympic Games, it was added.

His fears stem from two American athletes suffering years of illness after competing there during the 2007 Pan American Games.

The open water test event, due to take place here on August 22 and 23, will now be under even closer scrutiny.

Before then, the second sailing test event is due to start on Saturday (August 15) with sailors facing the risk of physical debris remaining in the water, as well as possible pollutants.