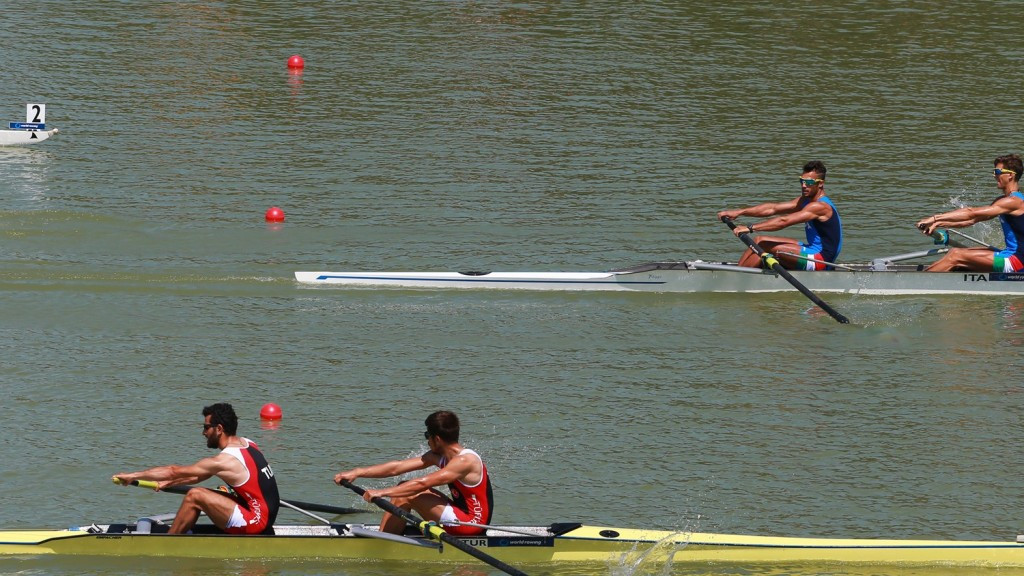 Italy served notice of its growing potential as it won four golds plus a silver and bronze, to finish top of the medals table at the 2015 World Rowing Under-23 Championships in Plovdiv, Bulgaria.

That said, the most impressive result overall came in the lightweight women's double sculls final where Zoe McBride and Jackie Kiddle of New Zealand set the only under-23 world best of the regatta.

McBride and Kiddle knocked five seconds off the former time after a clear water win over China in second and Switzerland in third.

McBride thus set her second world best of the season after setting a new mark in the senior lightweight women's single sculls during the World Rowing Cup series.

Italy impressed with their dominance in the lightweight events, with golds coming from the men's pair, the women's quadruple sculls and the men's four.

Italy also won gold in the men's coxed four when they raced a very tight race against New Zealand, with the win being achieved by just 0.21 seconds.

Germany took bronze by less than half a second from Turkey, a result which helped them take second place in the overall table.

The United States finished second and Russia was third.

The United States and Romania won three gold medals each and finished third and fourth respectively on the overall medals table.

The US team had a clean sweep of the women's sweep rowing boat classes by winning the pair, four and eight, defending titles successfully in the latter two events.

The women's pair of Jessica Eiffert and Georgia Ratcliff won ahead of Great Britain by a large seven-second margin.

For Romania the gold medal success was in the men's four, men's pair and women's double sculls.

The men's single sculls was won by Pilip Pavukou of Belarus who went from the back of the field to first in the final sprint.

This pushed Serbia's Andrija Sljukic and Natan Wegrzycki-Szymczyk of Poland into second and third respectively.

The women's single sculls final was raced very differently with Ieva Adomaviciute of Lithuania leading from start to finish, followed by Lovisa Claesson of Sweden and Pascale Walker of Switzerland who held second and third respectively for the entire race.