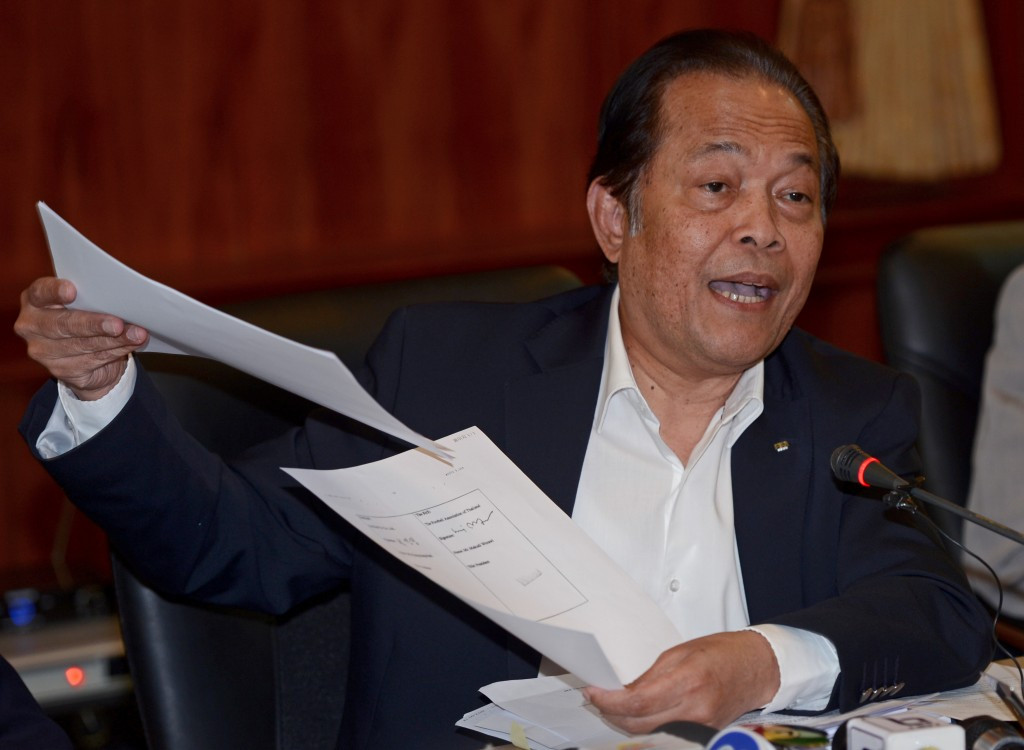 FIFA's reputation has suffered yet another damaging blow after Football Association of Thailand (FAT) President Worawi Makudi was found guilty of electoral fraud.

A Bangkok criminal court sentenced 63-year-old Worawi, a member of FIFA's ruling Executive Committee for 18 years until he lost his seat earlier this year, to a suspended jail term of 16 months and fined him THB4,000 (£74/$115/€105)

The two had been sued by the Pattaya Football Club, who claimed they had given false information in the FAT election in October 2013 which saw Makudi re-elected, extending his reign which had started in 2007 having previously served as secretary general from 1996.

FIFA had dismissed an appeal to intervene but Virach Chanpanich, who had lost the election to Makudi by 42 votes to 24, had taken his case to the Court of Arbitration for Sport (CAS) in Lausanne

They ruled last July, however, that "irregularities alleged by Mr. Chanpanich either did not exist...or were not supported by evidence".

Worawi was a controversial figure in during his time with FIFA and survived several scandals before he lost his seat representing the Asian Football Confederation (AFC) in April.

He was reportedly under investigation by FIFA's Ethics Committee for his conduct during the 2018 and 2022 World Cup bidding contests, although this never been confirmed.

In May 2011, Lord Triesman gave evidence in the British Parliament that Makudi had demanded the television rights to a friendly between England and the Thai national team in return for voting for England to host the 2018 FIFA World Cup.

This lead to an inquiry set up by the Football Association, where Triesman repeated the allegation of corruption by referring to his Parliamentary evidence.

Makudi then tried to sued Triesman for libel, claiming that the allegations were not true and that his reputation had been tarnished.

The case, though, was thrown out by the British courts.

Worawi was a long-time ally of Mohamed bin Hammam, the former FIFA Presidential candidate from Qatar banned from football for life over alleged financial mismanagement of AFC accounts while President.

That case was closed after FIFA accepted documents allegedly showing Worawi donated the land to FAT.

Makudi has claimed that he is innocent and will file an appeal against the verdicts.