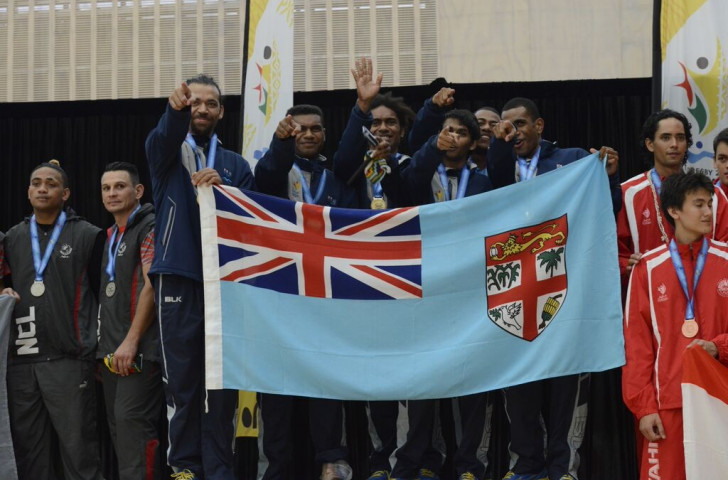 Fiji rounded off the karate competition at Port Moresby 2015 in style by securing four of the available seven Pacific Games gold medals on the second and final day of action at the Caritas Technical Secondary School today.

Following an impressive showing from their karetekas yesterday, they were able to keep the momentum going with a commanding display that cements their fourth place spot on the overall medals table.

New Caledonia’s Iwe Rene Hmana was the other athlete who clinched a podium finish, taking bronze.

The women’s under 61kg individual kumite title went the way of Fiji as Adi Drodrolagi Kidia overcame the challenge of Papua New Guinea’s Catherine Wilson, much to the disappointment of the majority of the crowd inside the venue.

No bronze medals were awarded in Kidia’s category due to a lack of competitors in the event.

As well as their individual successes, Fiji were able to sweep the podium in both the men’s and women’s team kumite competitions.

The men, comprised of Alexander Darroch, James and Peter Lenoa, Sandip Pala, Tevita Tamanigaunatawamudu and Joji Veremalua edged out New Caledonia, who have been their closest rivals throughout the karate competition, while Papua New Guinea were third.

Fiji’s women also reigned supreme as they finished ahead of the host nation, who had to settle for silver, while New Caledonia could manage only bronze.

The vociferous home crowd were given something to cheer in the men’s under 60kg individual kumite category as PNigel Bana secured the title, beating Sandip Pala of Fiji to gold.

Stephen Manaruru won the bronze medal and was joined on the podium by New Caledonia’s Jean-Emmanuel Faure.

New Caledonia were able to scoop a double on the final day as they were victorious in both the men’s and women’s open kumite categories.

Frederic Roumagne proved too strong for the rest of the field in the men’s event, beating Vanuatu's Tumu Lango, with Ishmael Stanley of Papua New Guinea claiming bronze alongside Anapa Otcenasek.

The women’s gold medal went to Morane Vacher, who clinched the Pacific Games crown in front of Taihiti’s Vaitiare Tehaameamea to add a further gold to the ever-growing New Caledonia medal tally.

They are in hot pursuit of hosts Papua New Guinea at the summit of the overall leaderboard and Doris Karomo extended their bronze medal count, with Vamule Lango doing the same for Vanuatu.