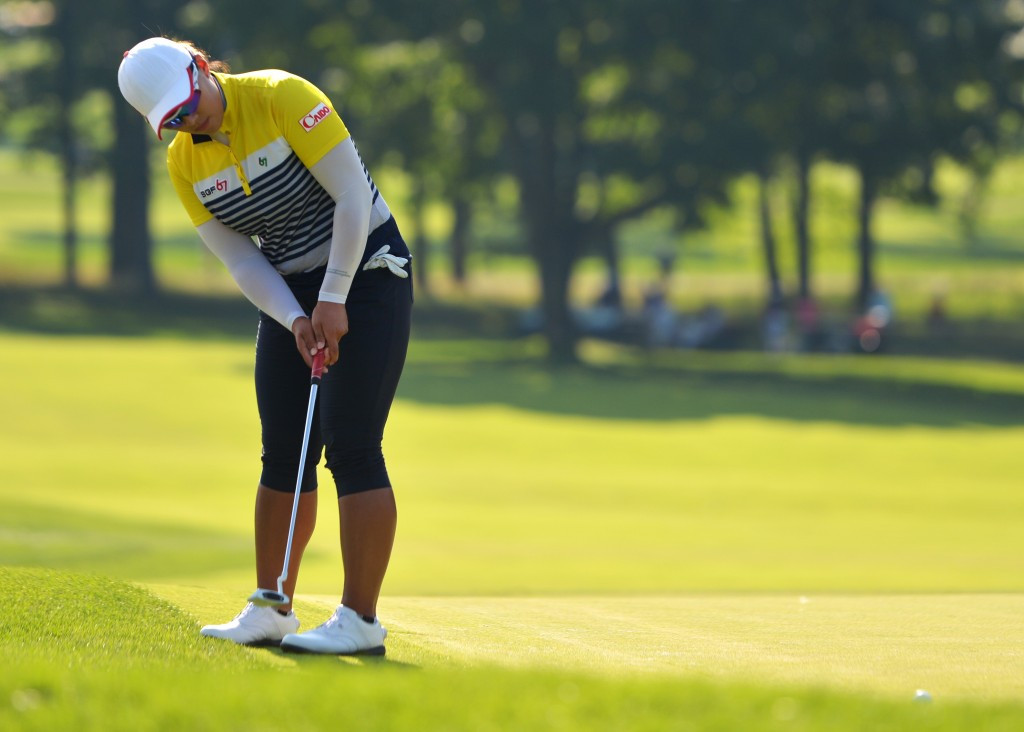 South Korea's Amy Yang will have a three-shot lead heading into the final day's play in the US Women's Open at the Lancaster Country Club in Pennsylvania, as the 25-year-old bids to secure her first major title.

Having recorded the second lowest 36-hole score in the history of the US Women's Open after the close of yesterday's play, Yang's third round was less spectacular as she recorded a one-under par round to sit on top of the clubhouse leaderboard on eight-under par.

Yang's round saw her maintain the three-shot advantage she had at the start of the day, but it could have been more comfortable had she made more of the four birdies in her round.

By recording three bogeys in her round of 69, however, Yang was was unable to move completely out of reach of the chasing pack and could face a nervy final day.

The United States' Stacy Lewis remains her closest rival having also shot a one-under par round and she will be determined to chase down the leader and avoid finishing as the runner-up at the tournament for the second successive year, having been pipped to the title last year by countrywoman Michelle Wie.

Wie posted a two-under par round of 68 for the second day in a row, but may be made to rue a poor opening day as she still remains six shots adrift of the leader, along with South Korean trio Inbee Park, Chella Choi and Mi Hyang Lee.

Their compatriot In Gee Chun is in a more promising position to make a charge to the top of the leaderboard and claim the title as the 20-year-old occupies third position in the standings on four-under par.

With South Korea and the US having won every title between them since Sweden's Annika Sörenstam won back in 2006, Shiho Oyama remains the best hope to break the streak.

The Japanese player is currently lies in fourth position on three-under for the tournament, but she will need to improve on her third round showing, having ended one-over par due to a double-bogey on the fifth hole.