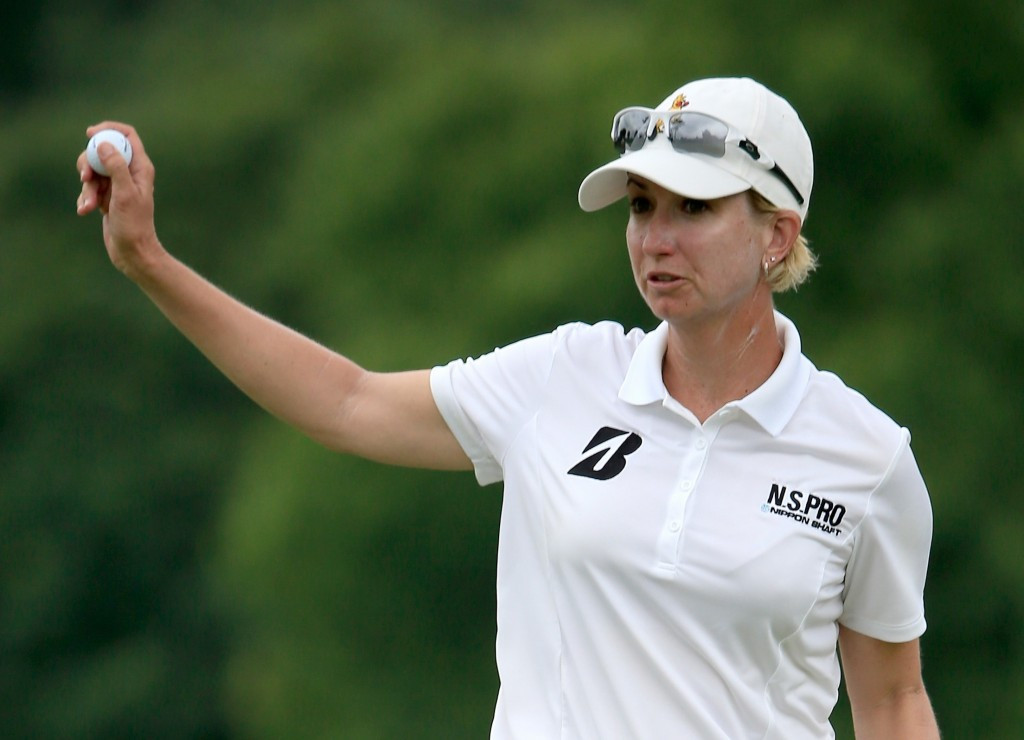 Opening day action at the Women's U.S Open was brought to a premature end at the Lancaster Country Club in Pennsylvania as dangerous weather conditions forced the postponement of play, leaving Australia's Karrie Webb and America's Marina Alex at the top over the early leaderboard.

Both players benefited by being in the morning wave of players to take to the course, with two-time winner Webb making the most of the conditions by carding a four-under par front nine.

The Australian, who last won the title in 2011, then was level par for the remainder of her round down the back nine to maintain her score of four-under par, which proved enough to share the clubhouse lead.

She was fortunate though that Alex having moved to five-under par on the fifteenth hole of her round, finished her round by dropped a shot on the 18th to miss out on being the outright leader after the first day of the tournament, which is due to run until July 12.

However their lead looks to be a precarious one as while South Korea's Amy Yang is just a shot behind having completed her round her compatriot Na Yeon Choi is on the same score with three holes to play and America's Jane Park had a further six holes to make up the one shot deficit to the early front-runners.

Park will have been especially disappointed in the halting of play having picked up two birdies in four holes to build some momentum, but she will now be among 56 players to have to resume their rounds tomorrow.

Six players lie two shots off the lead, including world number one Inbee Park of South Korea who is bidding to win back the title she has won on two previous occasions in 2008 and 2013, which would see her claim her seventh major title.

The defending champion and home favourite, Michelle Wie, had a difficult start to her pursuit of back-to-back titles at the event as after completing her 18-hole round the 25-year-old was two shots over par, having carded a round of 72.

With South Korea and the United States having won every title between them since Sweden's Annika Sörenstam won back in 2006, Webb's early lead at the top of the standings looks the the best hope of ending that dominance, although China's Muni He could put her name in the mix as she is currently two under par through 11 holes.

He will attempt to maintain her positive start to the tournament when play resumes tomorrow (July 10) at the course on what could be a busy day for several golfers who have their first round to finish, in addition to embarking on their second round of the tournament.