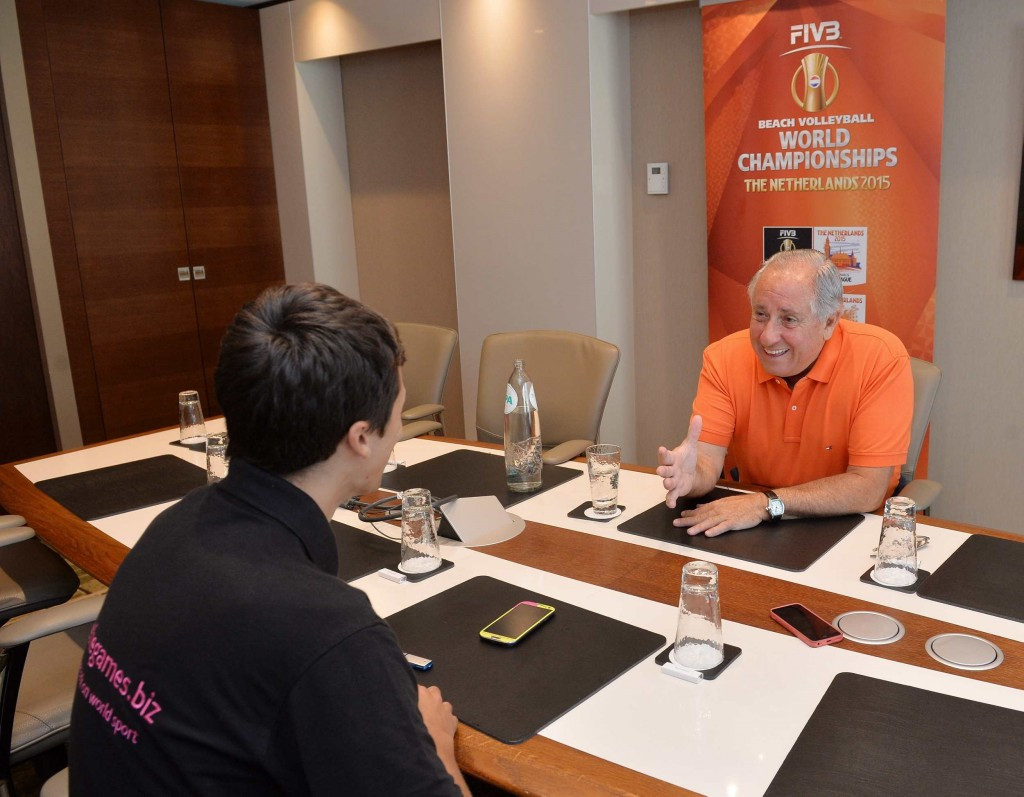 The 72-year-old Brazilian he met with representatives from the British capital city over the prospects of it holding a major volleyball tournament in the future during the Beach Volleyball World Championships, which concluded in The Hague on Sunday (July 5).

Graca is keen on the idea of London hosting the biannual event and pointed to the success of the volleyball tournaments at the London 2012 Olympics.

“It is our job to convince the authorities that they must have volleyball there.

“The public wants it, they demonstrated it in the Olympic Games, it was all full.

“And now we are trying again to make another big tournament in the same place.”

At London 2012 at temporary venue was constructed at Horse Guards Parade with a capacity of 15,000 close to the Prime Minister's residence at Downing Street and the Houses of Parliament, providing beach volleyball with one of the most iconic venues of the Olympics.

Special permission was needed to allow the beach volleyball competition to be held by some of Britain’s most famous landmarks.

The FIVB would like a return to such a prestigious venue but Graca acknowledges that they will probably have to look elsewhere.

“The Army do not want to give Horse Guards Parade,” he admitted.

“Now we are going to try Greenwich Park in front of the castle.

While London appear interested in staging the 2019 edition, the FIVB have extended the deadline for countries and cities to submit bids for the 2017 World Championships until September 2015.

The hosts are set to be selected based on criteria including financial guarantees and demonstrable experience in organising events of this scale, with the bidding process aiming to meet FIVB's drive for innovation, transparency and good governance.