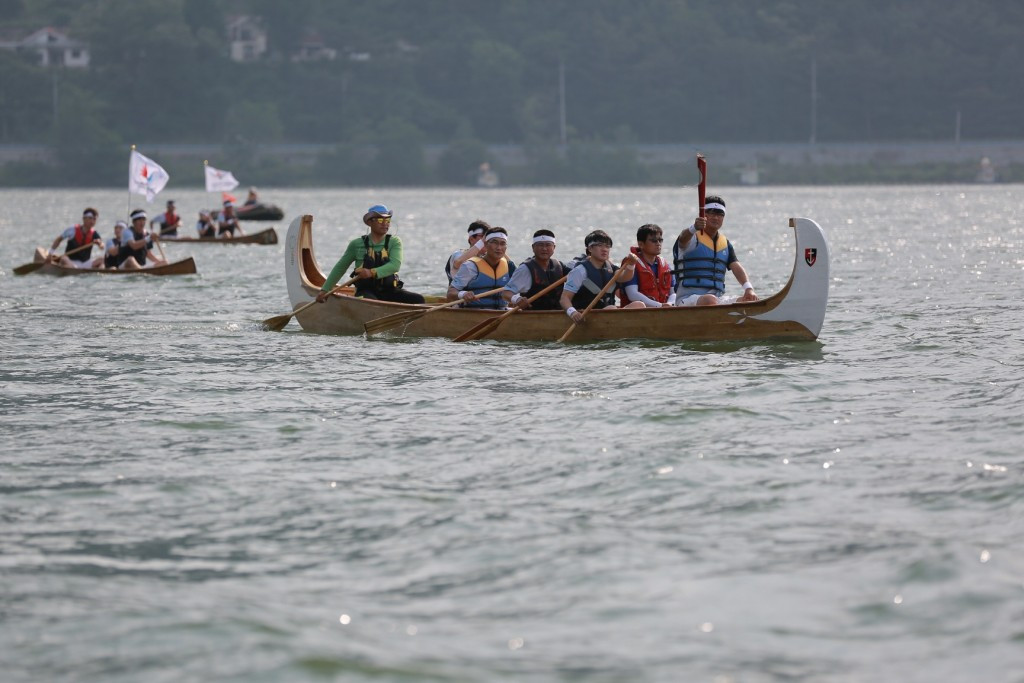 The Gwangju 2015 Universiade Torch has arrived in the South Jeolla Province as the countdown to the start of the event gets ever closer.

Its arrival in the Province where Gwangju is located comes after a nationwide relay which began with a torch lighting ceremony at the Mount Mudeng National Park on June 2.

The Torch Relay has been designed to take in many famous attractions and has already passed through the Andong Hahoe Folk Village and Chuncheon, in addition to Kyungjoo Cheomseongdae, where East Asia’s oldest observatory is located.

Among those to participate in the Torch Relay was blind IT technician Kim Dong-Hyun, who took the Torch with his guidedog Tanshilly through Cheonan, while mothers Choi Hae-won and Moon Jang-sook carried it with their young children in strollers, as Gwangju 2015 looked to appeal to a various group within society to inspire them ahead of the Universiade.

The Torch has also visited several notable sporting venues throughout South Korea, including having been taken through Lake Tangeum by water with the venue, which will host rowing competition during the Universiade, having hosted the 2013 World Rowing Championship.

Muju, which jointly host the 1997 Winter Universiade alongside Jeonju, was another area visited by the Torch, with the area seen as the hub of South Korea’s martial arts heritage and which was recently awarded the right to host World Taekwondo Championships in 2017.

As the Torch Relay approaches its final days before it is handed to Gwangju 2015 on July 1 in Naju, several famous faces are due to carry it, including Ki Bo-bae, an Olympic double gold in archery at London 2012.

In addition to the 27-year-old archer, an ambassador for the Universiade, Yoon Yong-bal, winner of a judo gold medal at the 1985 Kobe Univerisade, is due take up the Torch in the remaining days.

Around 3,150 runners will have participated in the Torch Relay prior to the Flame lighting the cauldron at the Gwangju Universiade Main Stadium on July 3 during the Opening Ceremony.

The Universiade is due to be held from July 3 to 14 and is expected to attract 20,000 participants and officials for the event which will feature 21 sports.