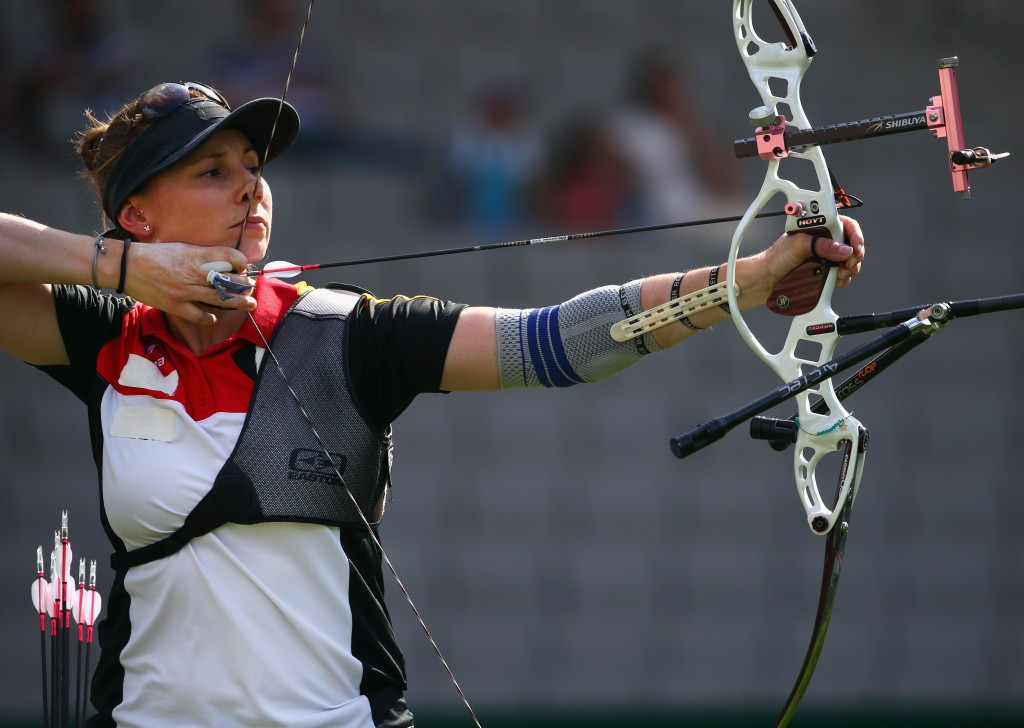 The 2009 world indoor champion went 2-0 down after her first set against Denmark’s current world champion Maja Jager, who will defend her title on the home soil of Copenhagen next month.

But her recovery was inexorable, culminating in her nerveless finish flourish which earned a 6-2 final scoreline on a day which had previously seen Spain’s Alicia Marin win her bronze medal match 6-2 against Greece’s 41-year-old four-times Olympian Evangelia Psarra, who has only spent six months back in the sport after leaving it following London 2012.

"I shot so many tens today,” said Winter, who chatted animatedly with her coach during breaks between sets.

I had that feeling, I was in that flow, I was so confident and focused.

“And my technique worked out.

“This is really special.

“I saw the mixed team and the teams [events] and it was the [European Games] title for the very first time.

“I have that title as well. It is just amazing."

Jager, who has become a high profile sporting figure in her country as expectation builds for the World Championships, was gracious in defeat.

"That's a perfect score, and there's not much I could do in the end.

"She has been in the game a while and she deserves to win.

"I was not expecting this before I came.

“We had changed my technique - it was not settled, but during practice it settled a bit more and made it possible to win a medal."

Psarra had proved to be the surprise package of a morning’s competition which had seen the elimination of Natalia Valeeva, four years her senior, who had been shooting for a third European Games gold after Italy’s wins in the mixed and women’s team events.

“I was lacking decisiveness,” the five-times Olympian and former world No.1 said after her 6-2 loss to Georgia’s Yuliya Lobzhenidze in the 1/32 round.

Psarra, meanwhile, reflected on the turn of events that had brought her back into competition.

"I wasn't expecting to be here,” she said.

“I have two children and a job - I am a lieutenant in the air force.

“It was very hard because my coach [Alexandros Nasoulas] is also my husband.

“We are both away - so the day before we left they cried all day."