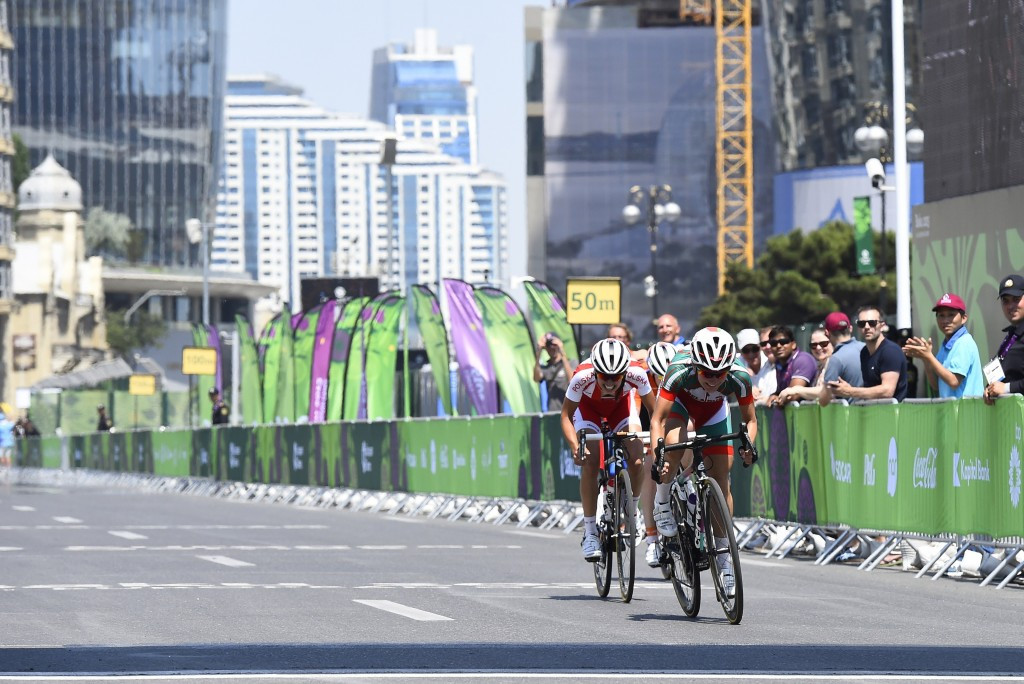 The 120.7 kilometres course around Azerbaijan’s capital featured several inclines and cobbled sections, particularly by the historic Old City, helping set up a race filled with attacks.

Ireland’s Caroline Ryan the first to attempt to break away from the peloton in the early stages but her solo effort was never likely to succeed, but following her attack a more promising move developed involving Israel's Paz Bash, France's Annabelle Dreville and Russia's Anastasiia Iakovenko.

As the various attacks saw the pace increasing on another blisteringly hot day at the European Games, several riders were forced off of the back as the race approached the halfway mark and a leading group of 14 became established.

It looked a promising situation for both The Netherlands and Italy as each had four riders in the move.

The decisive move of the race came on the penultimate lap as Anna van der Breggen, winner of this years’ Flèche Wallonne Féminine, broke clear alongside teammate van Dijk, Amialiusik and Niewiadoma.

Italy’s Rosella Ratto made an effort to join the quartet but upon reaching the leader suffered a puncture, ending her hopes of victory, while van Dijk also dropped out of contention.

With one kilometre to the finish Van der Breggen led out the sprint finish heading into Freedom Square, but it was Amialiusik who broke clear to claim the gold medal in 3 hours 20min 36sec.

"I had to stay calm and keep my concentration that was my tactic,” said Amialiusik.

"This is very important.

“It is a new competition, so it is also very important for my country.

All three women were awarded the same finishing time, but 20-year-old Niewiadoma was able to outsprint Van der Breggen, her teammate at women’s team Rabobank, to secure the silver medal.

The men’s road race is due to take place tomorrow with a 125-man field due to complete a 215.8km course.