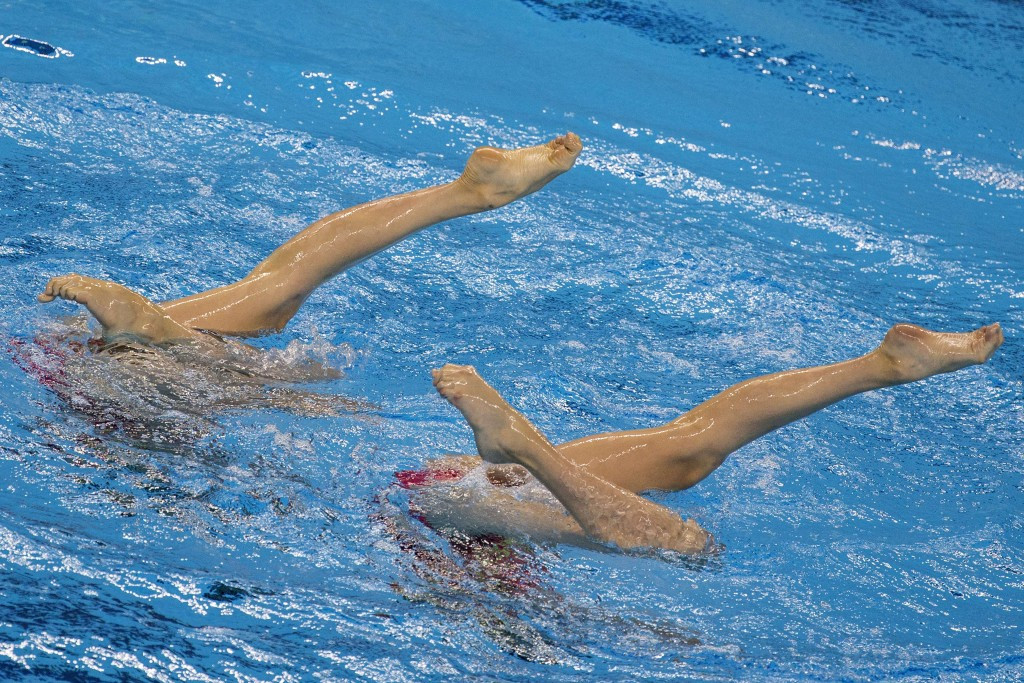 Emotions ran high here today as Austria secured an unexpected silver behind Russia in the synchronised swimming duets final and winners Anna-Maria and Eirini-Marina Alexandri dedicated the medal to Vanessa Sahinovic, who was seriously injured by a bus in the Athletes Village last week along with two other team members.

Sahinovic is now reported as “stable” in an induced coma at a Vienna hospital after Breit had treatment locally for a thigh contusion but still competed for the team over the weekend.

“We wanted a medal for Vanessa and the other girls,” said 17-year-old Anna-Maria Alexandri , a triplet with her fellow competitor and reserve Vasilika-Pagona.

“It was very difficult to concentrate on competing here after what happened, but we have had messages of support from all over the world.

“We wanted a medal for Vanessa, for Luna, for Verena.

"But we didn’t expect it would be silver.

"This is a big surprise.”

Austria’s coaches, Albena  Mladenova and Elizaveta Filatkina, admitted there had been a discussion among the team about whether they should pull out of the Games after the accident, but the girls, including Breit, wanted to stay and perform for their injured team-mates.

“The girls have made me very proud,” said Mladenova, who revealed there had been tears, as well as joy, when the two competitors returned after their performance.

Anna-Maria Alexandri said: “What they have done is amazing.

“It was very brave of Verena to swim but she wanted to do it for Vanessa and Luna.

“She felt pain in her leg but she did figures and competed in the combination.”

Austria’s team physiotherapist, Armin Sonderegger, said he had worked with Breit to help her compete.

Close to tears, he told insidethegames: “What she did was incredible.

"I am 60-years-old, and for me this is like a father and children."

Russia’s winning pair of Valeriya Filenkova and Daria Kulagina, who finished well clear of the rest of the competition, ended the day with two golds as they contributed to an imposing victory in the teams competition after a free routine which almost doubled the gap of four points they held over Spain coming into the concluding day.

Russia set the white, blue and red flags flourishing as they took their score to 169.0992 points overall.

Spanish flags also came in for a lot of activity as they held onto silver position with a total of 162.046.

Before the day’s competition, Spain’s  Berta Ferreras Sanz said: "Being realistic, I think Russia have a better level than us at the moment.

"The real competition for us is Ukraine for the silver medal."

She was proved right as Ukraine’s daring final routine outscored that of Spain and lifted them from 12th place to the bronze medal.