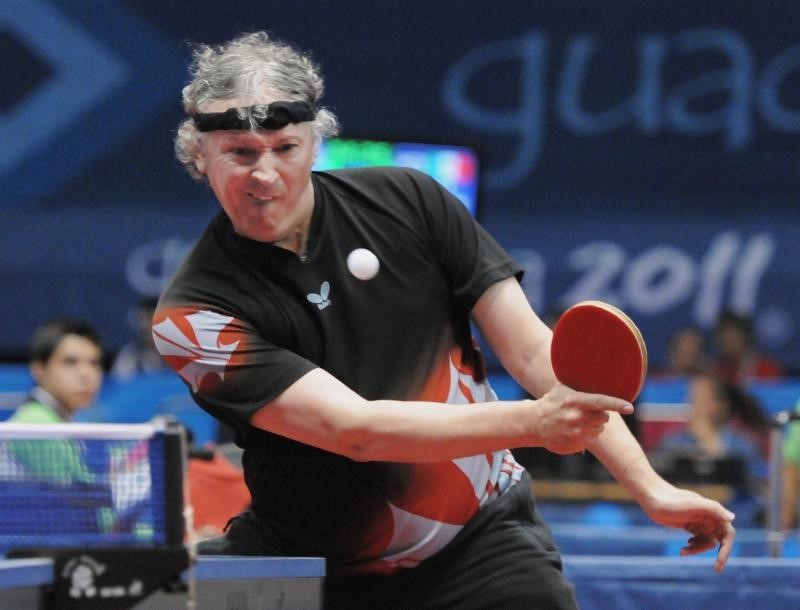 Table Tennis Canada have announced the eight athletes which will represent the host nation at the Toronto 2015 Parapan American Games, with reigning men's singles C8 champion Ian Kent bidding to defend his title.

The 53-year-old has been reliable source of medals for the Canadian table tennis team at previous Parapan American Games, having won gold on four occasions throughout his career.

Kent also won silver alongside Masoud Mojtahed in the men's team C6-8 competition at the 2011 Games in Guadalajara, Mexico, and the two men will be reunited once more for the 2015 tournament.

Martin Pelletier and Stephanie Chan, who will be Canada’s only female table tennis player, also have experience of previous Parapan American Games, while there will be first appearances at the multi-sport event for Asad Hussain Syed, Asad Murtaza, Steven Dunn and Mikhail Drozdowski.

"My goal is that we win multiple medals," said John MacPherson, head coach of the Canadian table tennis team.

"We won three in Guadalajara in 2011 and the competition is getting much more difficult.

“Toronto is a great opportunity for us to qualify for the Paralympic Games.

Table tennis at the Parapan American Games is open to athletes with physical disabilities competing in their standing or sitting classifications, while a new class for athletes with an intellectual disability will also be held.

"Half of the team has previous Parapan Am Games experience, while the other half will be first-timers.

“What a great opportunity for the team, mentors and rookies wearing the Maple Leaf with pride."