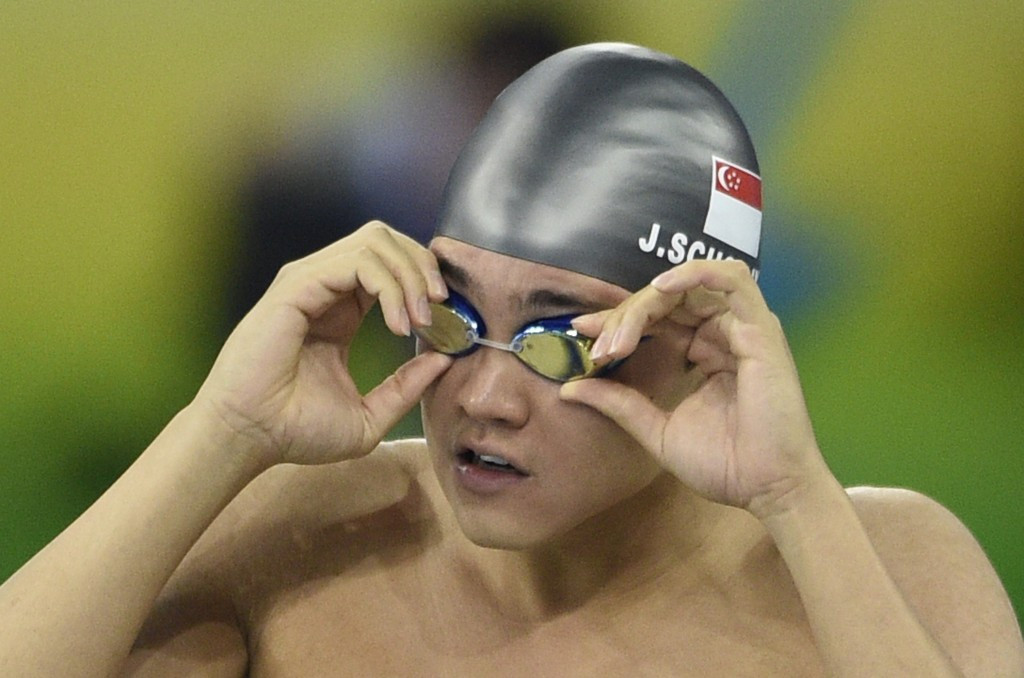 The 19-year-old swimmer, who featured in the Opening Ceremony on Friday (June 5), set a Games record of 48.58sec to claim the men’s 100 metres freestyle title, before joining forces with Yeo Kai Quan Danny Pang Sheng Jun and Quah Zheng Wen in the men’s 4x200m freestyle relay.

The quartet were clearly the strongest team in the event as they stormed to a Games record time of 7min 18.14sec, while Malaysia and Indonesia, although finishing far adrift of the winners, earned silver and bronze with times of 7:30.13 and 7:35.63 respectively.

While Schooling looks like being one of the stars of the men’s swimming, Vietnam’s Nguyen Thi Anh Vien has already shone in the women’s events as she claimed two titles for the second day in a row, setting two Games records in the process.

She firstly claimed gold in the 200m backstroke event in 2:14.12, finishing four seconds clear of her nearest challenger, Indonesia's Yessy Venisia Yosaputra, while Roxanne Ashley Yu of The Philippines was another second further back to complete the podium.

Nguyen Thi Anh Vien then added the 200m individual medley title to her growing collection, posting a winning time of 2:13.53, while for the second day in a row Thailand’s Phiangkhwan Pawapotako earned silver in a medley event behind the Vietnamese star, finishing in 2:18.56.

But home star, Tao Li ended Nguyen Thi Anh Vien’s winning streak by winning the 50m butterfly event in 26.58, while the Vietnamese swimmer was only able to finish fourth behind Singapore’s Quah Ting Wen and The Philippines Jasmine Al-Khaldi, who earned silver and bronze with times of 27.02 and 27.47sec.

Despite the joy for the home nation in the swimming pool, their sepak takraw star Muhammad Azreen was confirmed to have been involved in a motorcycle accident in the morning, which killed his younger brother, with Singapore 2015 announcing a minute's silence is due to be held tomorrow in tribute.

Sepak takraw is one of a number of non-Olympic sports appearing at the SEA Games, which also includes billiards, with the men’s event won by home favourite Peter Gilchrist, a three-time world champion.

Elsewhere, there was more home success as Singapore’s women defeated their Malaysian rivals 46-43 in the women's netball tournament to claim gold at the OCBC Arena Hall.

Soh Rui Yong added to their growing medal tally with victory in the men’s marathon, shaking off the raining conditions to finish in 2 hours 34min 56sec ahead of Thailand’s Srisung Boonthung and Vietnam’s Hoang Nguyen Thanh, who finished in 2:35:09 and 2:37:10 respectively.

Thailand’s Natthaya Thanaronnawat secured the women’s title in 3:03:25 ahead of the Philippines' Mary Joy Tabal and Vietnam's Hoang Thi Thanh, whose times of 3:04:39 and 3:07:14 were enough for silver and bronze.