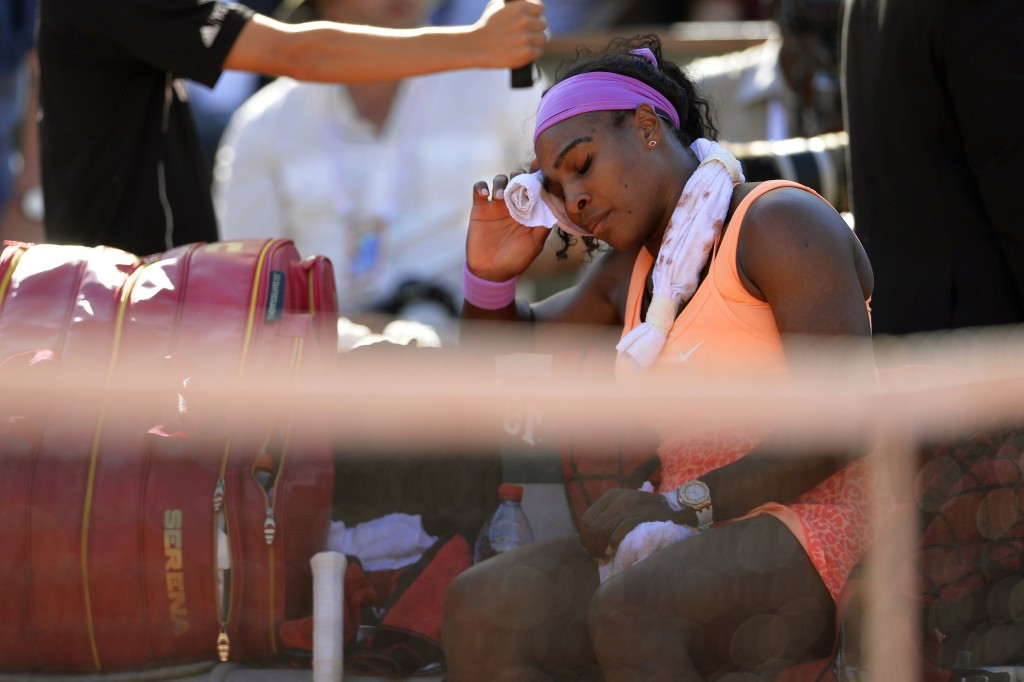 World number one Serena Williams overcame both illness and Switzerland’s Timea Bacsinszky at Roland Garros in Paris to book her place in the French Open final and move to within one match of winning a twentieth Grand Slam title.

In three of her five matches at this year’s tournament Williams had been forced to three sets by her opponents and the 33-year-old American was forced to go the full distance again by the Bacsinszky, the number 23 seed.

Bacsinszky took advantage of Williams suffering from illness to break for a 3-2 advantage, which she consolidated by holding serve with a series of aggressive strokes.

The 25-year-old Swiss, who prior to her run at Roland Garros this year had only progressed beyond the second round at the tournament on one occasion, moved a step closer to a maiden appearance in a Grand Slam final by wrapping up the set 6-4.

Just as she had done in the opening set, Bacsinszky broke Williams serve for a 3-2 lead in the second and with her opponent ailing looked increasingly likely to seal a shock victory, but the top seed hit back immediately to level the scores.

The two-time French Open winner completed her revival with a second successive break of Bacsinszky’s serve to tie the match at one set apiece, before blowing the Swiss player away in the deciding set to triumph 4-6, 6-3, 6-0.

Despite her semi-final struggle Williams will start as the overwhelming favourite to be crowned champion on Saturday (June 6) when she faces the Czech Republic’s Lucie Safarova, who will be making her maiden appearance in a Grand Slam final.

Safarova will be hoping to replicate her semi-final performance in which she upset 2008 champion Ana Ivanovic.

Ivanovic appeared the more assured player in the opening exchanges and appeared on course to claim the first set having taken a 5-2 lead, however Safarova fought back to win the next five games to win the set 7-5.

The pair traded breaks of serve early in the second set, but Safarova held her nerve as the match reached its finale, claiming her second break of Ivanovic’s serve before confidently holding serve to advance to the final 7-5, 7-5.