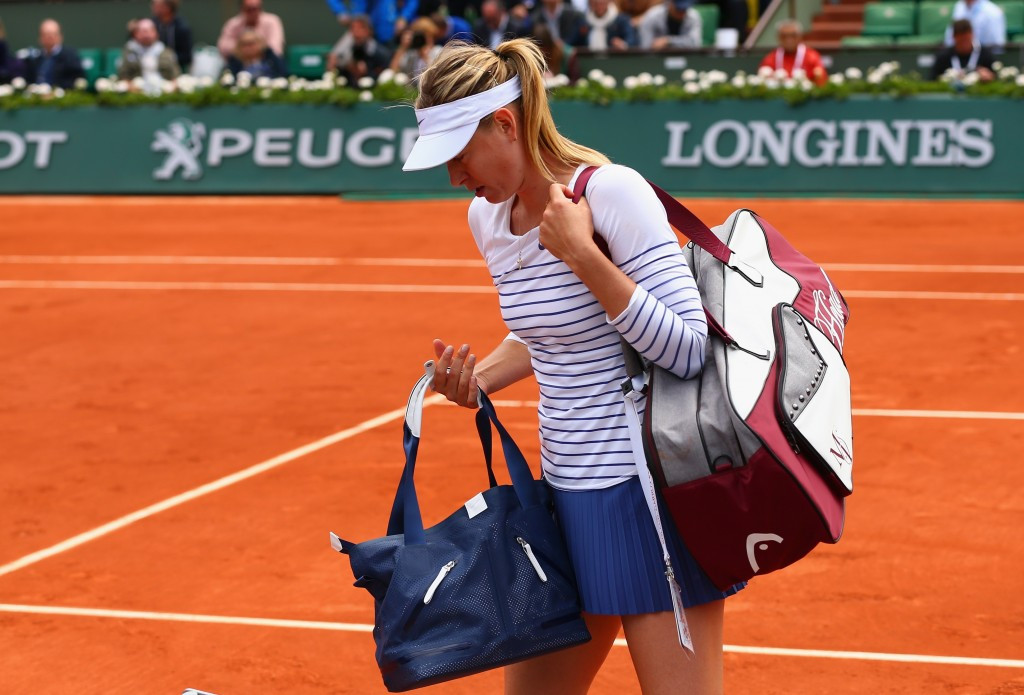 Maria Sharapova’s reign as French Open champion came to an end after she fell to a shock straight sets defeat to Czech Republic’s Lucie Safarova at Roland Garros in Paris.

The Russian has appeared in the final in the last three years in Paris but was unable to take the defence of her title past the fourth round this year, as she failed to recover from losing the first set tie break to Safarova.

With Sharapova’s early departure from the second Grand Slam of the year, world number one Serena Williams looks an increasing favourite to win her third French Open title, but the American was forced into a third set for the third consecutive match.

She was uncharacteristically swept aside by fellow American Sloane Stephens in the opening stages of their clash, with the 22-year-old old sealing the first set 6-1 in just 23 minutes.

Stephens, who knocked Serena’s sister Venus out of the tournament in the first round, looked on course for victory having earned a break in the second set.

But Williams turned the tide with two quick breaks of serve to send the match into a deciding set, which she claimed in impressive style, to progress to the quarter-final 1-6, 7-5, 6-3.

Williams will face Italy’s Sara Errani for a place in the semi-final, while Safarova is due to meet Garbine Muguruza after the Spaniard beat Italy's Flavia Pennetta 6-3, 6-4.

While the top seeds in the women’s draw endured a difficult day, the men’s favourites all advanced with relative ease, as Roger Federer won his rain-delayed match with France’s Gael Monfils 6-3, 4-6, 6-4, 6-1 to set up an all-Swiss quarter-final match against Stanislav Wawrinka.

By far the most eagerly anticipated last eight match will see world number one Novak Djokovic of Serbia meet Spain’s Rafael Nadal, bidding for a 10th French Open crown, after they overcame France’s Richard Gasquet and America’s Jack Sock in their respective fourth round ties.

But he will face a stronger test in Spain’s David Ferrer, who beat reigning US Open champion Marin Cilic 6-2, 6-2, 6-4.