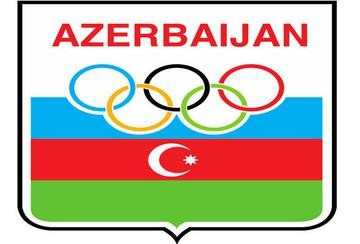 The Azerbaijan National Olympic Committee (AzMOK) headquarters will be transformed into a “House of Azerbaijani athletes” during next month’s European Games here in Baku.

Friends and relatives of the athletes, as well as representatives of the Azerbaijani and international media will be invited to the meetings.

"The main purpose of these meetings is to present our medal winners not only to Azerbaijan, but also Europe,” Huseynzade told reporters.

Additionally, as part of the meetings, an event will be organised on June 23 to commemorate Olympic day, a global celebration of the founding of the International Olympic Committee and the modern Olympic Movement by Pierre de Coubertain in 1894.

The leadership of the European Olympic Committees is expected to participate in proceedings.

Azerbaijan will be represented by 320 athletes at the European Games and Azad Rahimov, Minister of Youth and Sport and Baku 2015 chief executive, is confident they are well-positioned to achieve positive results.

“The state has mobilised a great deal of resources to ensure that they cared for and trained properly,” he told AzerNews.

Meanwhile, the Russian Olympic Committee is set to open a “House of fans” in the Russian Information and Cultural Centre, located on Khojali Avenue in the centre of Baku.

The venue, which will provide a free and unique interactive exhibition dedicated to sports competitions, will be open for fans each day during the Games, from June 12 to 28, from 10am to 9pm.

It will be opened with the assistance of the Russian federal executive authority, Rossotrudnichestvo.

Visitors will be able to learn about athletes participating in the Games and discover the thrill that comes with high-level competition.

The Russian team for Baku 2015 is due to feature 367 athletes, 317 of whom will contest for medals in Olympic sports.