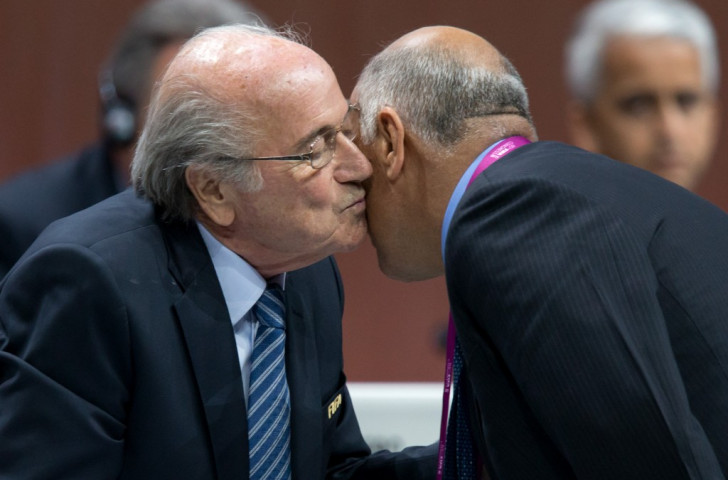 The matter of Sepp Blatter’s immediate future as President of FIFA faded briefly into the background in Zurich here today, eclipsed by a potentially historic handshake between Jibril Rajoub, President of the Palestinian Football Association, and Ofer Enei, his Israeli counterpart.

The gesture, which just might herald the start of a more positive phase in sports relations in this troubled region, came after Rajoub agreed to withdraw a proposal for the suspension of the Israeli FA from FIFA.

Instead, a joint Israeli-Palestine body, probably chaired by Tokyo Sexwale of South Africa, is to be set up to try to resolve issues, including obstacles to the free movement of players and goods, before the next FIFA Congress in Mexico City next May.

It was an incredibly delicate moment for FIFA, since some of the sticking points stray close to the realm of politics that it is not proper or possible for a sporting body to deal with.

This was highlighted by Enei when he appealed theatrically to “my friend” Rahoub, “let’s leave it to the politicians to deal with politics”.

He added: “I think football must serve as a bridge to peace.”

An emotional Rajoub - who is also head of the Palestine Olympic Committee and was elected in 2009 to the Fatah Central Committee - had previously maintained, “I am here to find a solution for a painful issue rather than to score goals even against those responsible for my football family suffering”.

He also emphasised that though he had agreed to drop the suspension proposal, it did not mean he had given up resistance according to the FIFA statutes.

The handshake between the two men fulfilled the wish expressed by Blatter earlier in the day when he urged “a solution that will finally satisfy these two federations, but mainly the Palestinian federation”.

“We will then be able to say…‘Let the handshake for peace do its work,’” Blatter had proclaimed.

The FIFA President eventually concluded this portentous episode in the 65th FIFA Congress with the observation, “In this case it is up to Israel to help and share a little bit more with Palestine.”

The handshake, when it finally came, was greeted rapturously inside the auditorium.

Outside in the street, however, word of the breakthrough appeared not to have reached a gaggle of green-shirted pro-Palestinian demonstrators who continued to chant, “We shall not be moved”.