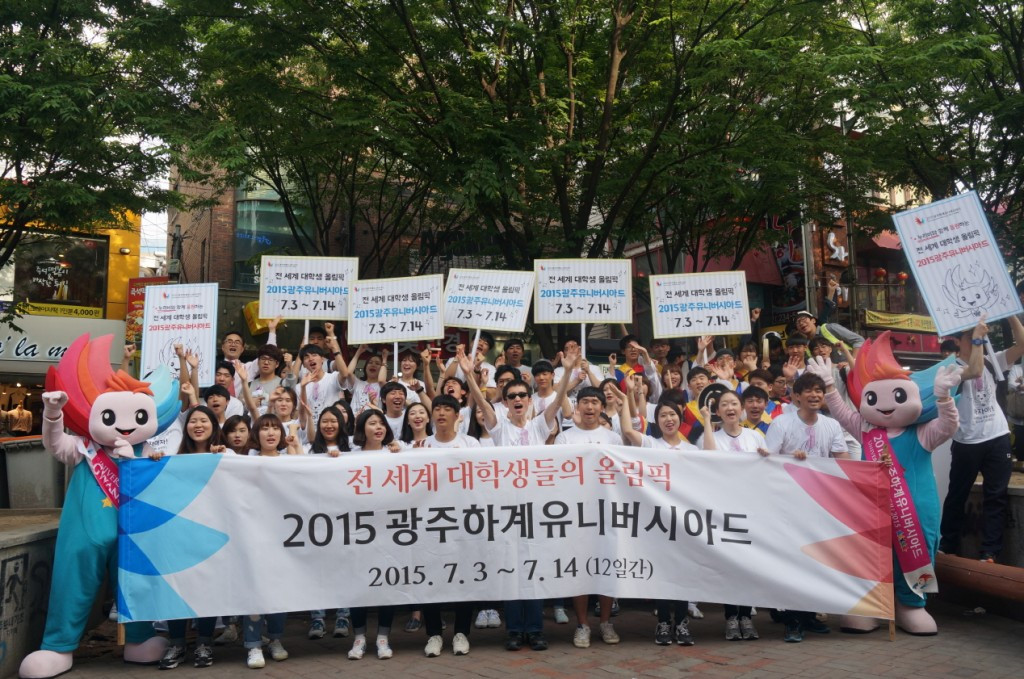 Gwangju 2015 has begun a series of nationwide campaigns with the Opening Ceremony barely a month away.

The Organising Committee has confirmed that multilateral promotional events will be held at South Korea’s main transportation centres, as well as through various online and offline activities.

A total of 16 railroad stations including those in Gwangju, Seoul, Daejeon and Busan are currently shooting videos promoting the Summer Universiade, while seven major airports nationwide have put up competition banners.

The Honam Expressway, a freeway serving the Honam region of South Korea, is cooperating with Seoul City for the promotion.

Additionally, almost 3,000 spots have been designated inside Seoul subway stations for Universiade promotion, under an agreement between Seoul City and the Organising Committee.

The Organising Committee meanwhile has concluded a business partnership agreement with the Korea Expressway Corporation, which runs the country’s toll roads, to drive promotion along the main expressways and at service areas.

The National Assembly is also ready to offer its support with 30 lawmakers scheduled to organise their own group through an official ceremony today.

Various music events are planned to drum up extra support, with concerts being held at the Asian Culture Complex, the main facility of Gwangju as the hub city of Asian culture, and Chosun University on June 3 and June 21 respectively.

Furthermore, the "Gwangju Picnic Festival”, which will feature the nation's top-rated K-Pop celebrities and dancers, will add to the festivities from July 8 to 13, while several other global culture experience programmes will be held on the sidelines of the music event.

The Organising Committee has pledged to utilise its social network services channels to promote the Universiade full scale.

It has also promised to make the best of the ongoing nationwide promotions in order to ensure the Universiade is a success.

Gwangju 2015, scheduled to take place from July 3 to 14, is expected to attract around 20,000 participants from 170 countries, competing across 21 different sports.