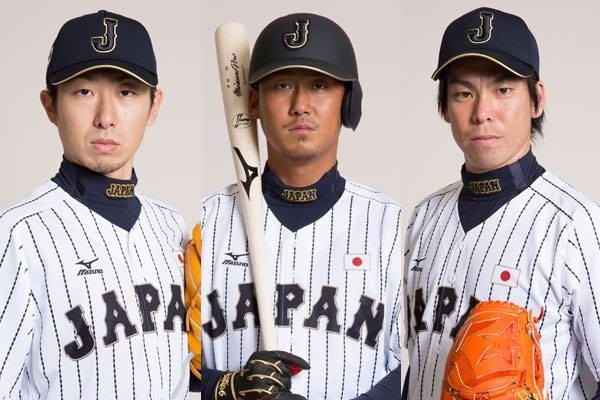 Japan are set to face the United States in the round robin group phase of the World Baseball Softball Confederation (WBSC) Premier12 tournament, which will see the top 12 ranked nations bid to win the inaugural edition of the competition.

The meeting of the top two ranked nations in the world has the potential to be the highlight of the opening stages of the tournament, after both nations were drawn into Group B, with Japan hoping to underline their billing as the world number one nation by claiming early bragging rights over the United States.

Joining the baseball superpowers in the six-team group are the Dominican Republic, South Korea, Venezuela and Mexico, with each nation aiming to seal a top four finish to advance to the quarter-final stage.

Taiwan, who will host the round robin and quarter-final phase of the tournament, will meet world number three ranked Cuba, the Netherlands, Canada, Puerto Rico and Italy in Group A.

The Premier12 tournament, due to take place between November 9 and 21, will move from Taiwan to Japan’s iconic Tokyo Dome for the semi-finals and medal matches.

The move to the 55,000-capacity stadium followed an partnership agreement was between the WSBC and the Nippon Professional Baseball (NPB), which aims to promote baseball as the sport vies for a place at the Tokyo 2020 Olympics.

"The Premier12 platform provides another key opportunity for players to represent, promote and honour their countries, and build on the wave of continued globalisation and excitement within our sport, particularly during this time when our sport is under Olympic observation for potential inclusion at the 2020 Games in Tokyo,” said Riccardo Fraccari, WBSC President.

In addition to the group line-ups being unveiled, the WBSC revealed that the opening match in Group B between Japan and South Korea on 8 November will be held at Japan’s 40,000-capacity Sapporo Dome, while Taiwan’s first encounter in Group A, against The Netherlands, will be staged at Taichung's Intercontinental Stadium the following day.

Samurai Japan team manager Hiroki Kokubo has already signalled Japan’s intention to claim the first Premier12 trophy stating he would assemble a Japanese “Dream Team”, while Said In Sik Kim, an official of the South Korea Baseball Organization (KBO) League welcomed the challenge of his country competing in the inaugural edition of the tournament.

"KBO is proud and honoured to announce our involvement and support for this new elite international competition looking to 2020 and beyond," he said.

“KBO leadership joins in sharing President Fraccari's vision for the Premier12 to further establish and raise the attractiveness of national team brands as part of a strategy to connect to new and global audiences, helping to drive awareness and growth in our sport around the world."

Baseball and softball are widely seen as favourites to be added to the Tokyo 2020 Olympic sport programme, while karate, squash and skateboarding also have ambitions to be included, with the decision expected later this year.