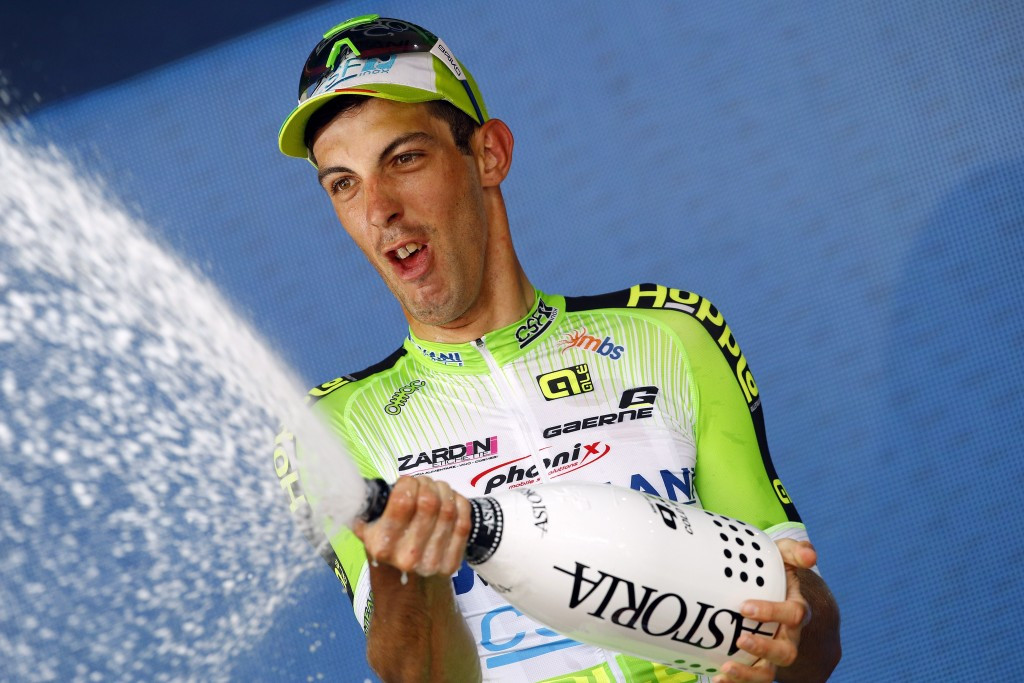 Italy’s Nicola Boem secured victory on stage 10 of the Giro d’Italia after the breakaway held off the peloton from Civitanova Marche to Forlì, while Australia’s Richie Porte suffered a setback his general classification bid following a puncture which saw the Team Sky rider lose time on leader Alberto Contador of Spain.

Resuming after the first rest day of the three-week stage race, the day’s breakaway surprised the peloton by staying away for the duration of the flat 200 kilometres stage on a day where the profile appeared to suggest a bunch sprint was a certainty.

Bardiani-CSF’s Nicola Boem was joined by Alessandro Malaguti, Matteo Busato, Alan Marangoni and Oscar Gatto in an all-Italian breakaway, who proved to be inspired in their bid to reach Forlì ahead of the main field.

The five escapees remained clear heading into the final kilometres, with Boem ultimately prevailing in the sprint to the line, taking the victory in 4 hours 26min 16sec ahead of Busato, while Malaguti finished two seconds behind the pair.

"We were targeting a stage win at this Giro, and it has come in the flattest, most unlikely stage,” Boem said.

“We worked together and with 20km to go we had a good advantage.

“I knew I couldn't let him get away so I just gave it everything.”

On a day where the general classification was expected to see little or no change, Porte suffered the misfortune of suffering a puncture late in the stage and with the sprinters teams engaging a desperate chase of the breakaway, the Australian was unable to regain contact with the peloton.

Starting the stage in third place Porte lost 47 seconds on current leader Contador, despite the efforts of his teammates and fellow Australian Simon Clarke.

Clarke, despite riding for the rival Orica GreenEdge team, gave his countryman his front wheel to aid the Team Sky rider.

The two Australians were deducted two minutes each and fined 200 CHF (£138/$213/€191) by the race commissaries following the conclusion of the stage, for breaking race rules which prohibit "non-regulation assistance to a rider of another team".

Astana also occupy third after Spain’s Mikel Landa leapfrogged Porte in the overall standings and lies 46 seconds adrift of Contador with Porte now 3:09 off the lead.

Tomorrow’s 153km stage begins in Forlì and features several short climbs before the concluding with three circuits of the Imola motoring racing circuit and could offer sprinters another opportunity to earn a stage win.