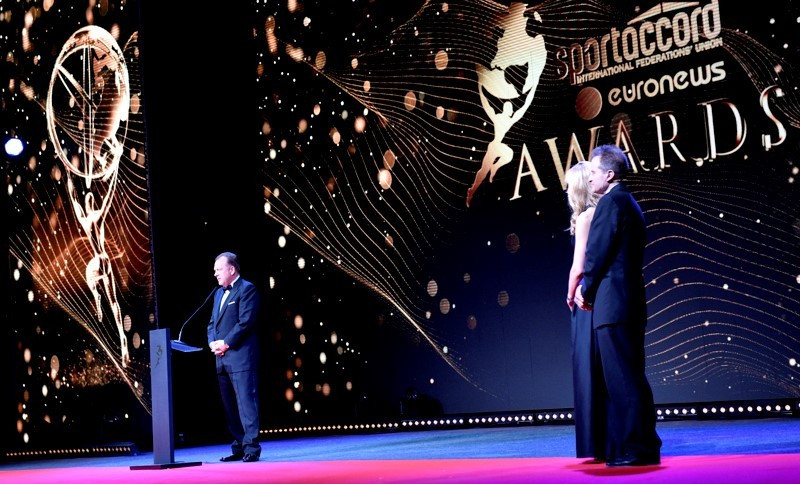 Volleyball’s Mariusz Wlazly and bobsleigh’s Kaillie Humphries claimed the respective sportsman and sportswoman of the year titles at the inaugural edition of the SportAccord Awards here tonight.

Among the other winners were France's Olympic judo champion Teddy Riner and Italian double Paralympic cycling gold medallist and former Formula One driver Alex Zanardi, who shared the sport hero award, and the International Netball Federation, who claimed the spirit of sport award.

“The 805 Million Names campaign was for raising awareness for hunger around the world,” said Swedish football star Zlatan Ibrahimović, who collaborates with the initiative.

The ceremony also honoured three sporting legends - Romanian gymnast Nadia Comeneci, German footballer Lothar Matthaus and Russian wrestler Aleksandr Karelin - with the title of world ambassadors of sport.
The SportAccord Awards were instituted to honour sporting excellence from within the organisation's mFederations and invited nominations from the members, before opening the voting to the public.

The awards ceremony marked the end of the 2015 SportAccord Convention World Sport and Business Summit, which involved more than 3,000 participants.

“These awards are for sport and I will live till the end for sport,” said SportAccord President Marius Vizer.

A gala ceremony featuring performances from renowned Romanian tenor, Marcel Pavel, and singer, Irina Nicolae was broadcast live on Euronews worldwide and on the internet.