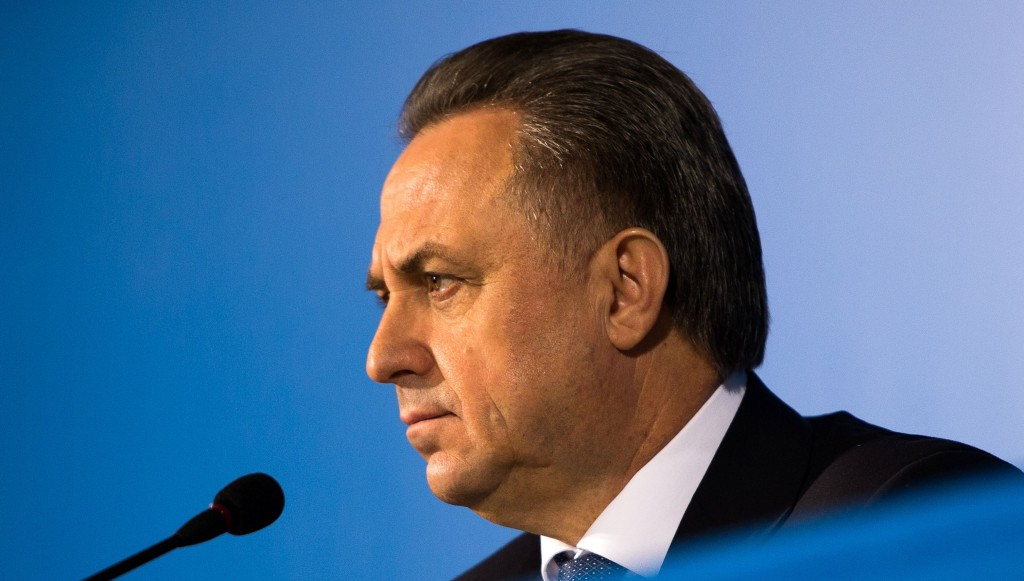 Vitaly Mutko, Russia’s Sports Minister, today expressed the hope that the rift between SportAccord and the International Olympic Committee (IOC) would be healed, while pledging that Russia’s doors were wide open for international anti-doping specialists.

“We are ready to invite foreign experts for every step of the anti-doping procedure even for the next several years to be able to lift all these doubts and claims against our country,” Mutko said, in reference to allegations made public late last year in a German television documentary.

Meeting a small group of journalists at the SportAccord Convention World Sport & Business Summit, he also put the price of Russia’s preparations for the 2018 FIFA World Cup at 660 billion roubles (£6.25 billion/€11.4 billion), half of which would be spent on transport projects, such as the new airport at Rostov-on-Don.

"We did not cut down on this programme; despite all the difficulties we preserved it,” he claimed, alluding to economic tensions caused by the recent fall in the oil price and volatile exchange rates.

On the problems with the IOC exposed by SportAccord President Marius Vizer’s explosive speech yesterday, Mutko said: “We hope that these two distinguished organisations will be able to find mutual understanding between each other.”

On doping, the Minister sought to highlight the progress that he said had been made by Russia in tackling the issue over the past five years.

He said: “In the last five years, Russia has made a really colossal effort in this respect.

“Any controlling organisation can visit us at any moment to take a test from any athlete.

“That is really transparency and openness.

“Five years ago that was impossible.

"We have enacted a special law in the Russian federation where we clearly stipulated the authority of an independent doping organisation, RUSADA.

“It is independent and works in cooperation with the Norwegian anti-doping organisation.

“The Government gives it resources without tying it with any liabilities.”

Touching on the associated educational push and investments made in the country’s World Anti-Doping Agency (WADA)-accredited laboratory, Mutko concluded:

“All this effort results in only two per cent of our athletes caught doping.

“That is really a normal indicator, just as in other European countries…

"We all have to bear in mind that Russia is a very large country and we have a very large Russian team of about 9,000 athletes.

"A lot of our athletes are in global top lists and naturally they undergo a lot of checks globally.

“All in all, Russia has been, is and always will be a consistent fighter against doping.”

Turning to the ongoing WADA investigation into the German allegations, he said:

“So it looks like somebody has held them hidden somewhere and then under certain circumstances they have taken them out.

“The list there was really huge, including not only Russian athletes.

“It makes us really dumbfounded.

“Why since 2009 has athlete A been hidden under a table and not disqualified from any tournaments?

“But we, the Russian Federation have worked on all these issues in good faith…

“So the decisions were really very tough…

“We are ready to invite foreign experts for every step of the anti-doping procedure even for the next several years to be able to lift all these doubts and claims against our country.”

Natalia Zhelanova, recently appointed special adviser on anti-doping, meanwhile revealed that after the documentary was screened, Russia sent a letter to Sir Craig Reedie, WADA President, stating that anyone who wanted could come into the country and underlining its readiness to collaborate.

“Until now the commission has not asked for anything from us,” she said.

She emphasised how public attitudes towards doping in Russia had been transformed, suggesting that whereas five years ago successful athletes were regarded as heroes whether they doped or not, “now people understand that it is shameful”.

Displaying the genial side to his personality, Mutko - who is also a FIFA Executive Committee member - disclosed that during a meeting in Sochi between Vladimir Putin and Sepp Blatter, the FIFA President, the Russian leader had acknowledged: “I don’t know how the national team will perform”.

Then, Mutko said, the Russian President “looked at me and said, experts are responsible for that…

“Starting on Monday, I will devote all my effort to the national team,” he joked.