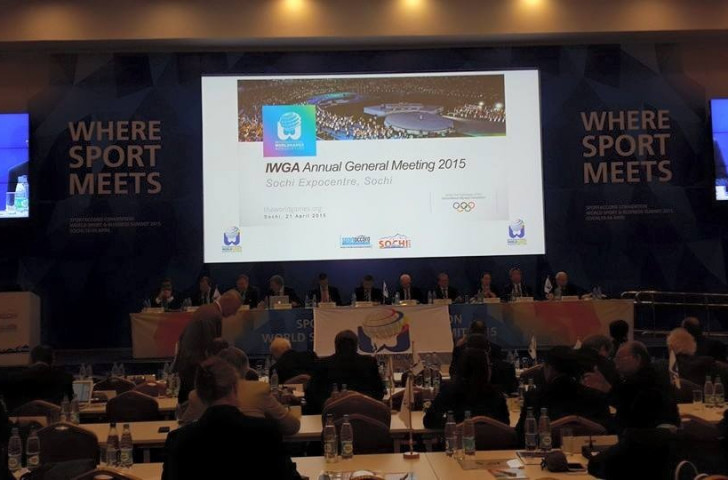 A change to the International World Games Association (IWGA) constitution permitting members to not have to also be members of SportAccord was among items discussed here today at the body’s annual General Assembly.

Birmingham's hosting of the 2021 World Games was also officially ratified during the meeting, despite the raising of concerns about the closed nature of the voting system which saw the city in Albama awarded the event.

A change in the IWGA headquarters from Lucerne to Lausanne was also discussed.

But following the tumultuous scenes here yesterday, which saw SportAccord President Marius Vizer fiercely criticise the International Olympic Committee (IOC) for a lack of transparency amid a claim that Agenda 2020 had brought "hardly any benefit" to sport.

The International Association of Athletics Federations, International Sport Shooting Federation and World Archery all announced their resignation from SportAccord in response to the outburst, while many others signed a letter affirming their support for the IOC.

In his opening address this morning, IWGA President José Perurena, also an IOC member who signed the above letter yesterday in his capacity as head of the International Canoe Federation, emphasised how, contrary to Vizer’s claims, all International Federations had been fully consulted throughout the Agenda 2020 process.

He then vowed to work towards closer relations between the IOC and IWGA.

Although no decisions were made at this stage, IWGA vice-president Max Bishop explained how they would now consider changing the constitution, which currently stipulates that all members must also be a member of SportAccord.

This is particularly poignant because World Archery, who’s President Uğur Erdener was present today, are among the IWGA members, meaning that their membership, and participation in the Wrocław 2017 World Games, could be in jeopardy unless changes are made.

Changes will now be discussed by the Executive Board before being confirmed at next year's General Assembly, although it is possible an Extraordinary meeting could be held later this year.